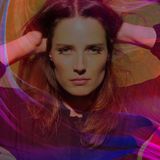 Never miss another
show from ALMA.

Two in a Row_Podcast
by ALMA.

Felicity is Fragile
by ALMA.

In the beginning of the 80’s ALMA. was to see the light of the day. Born and raised in a family of artists she discovered early her touch for creativity and the diversity of sound.

Infected by her own creative urge it was not to be the last journey to musical fields. Influenced by Michael Jackson, Prince & Co Alma discovered the electro dance music in the middle of the 90’s. Fascinated by this new world she went to an innumerable number of events and gigs and was soon to rock the best raves as bartender, with more to come.

Besides her greatest love, the music, also fashion plays an elementary role in Alma’s life. As graduated fashion journalis...