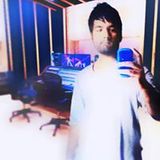 Never miss another
show from AiRBOT 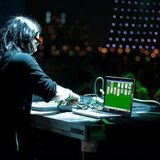 Soundcloud: https://soundcloud.com/airbot
Hi world, its AiRBOT, I have created my own sound and my own genre by mixing different genres such as: Electro House, French House, Alternative Rock, Dubstep, Uplifting Trance, Nu-Disco and Progressive House. I am 17 years old and live in an island called Mauritius in the Indian Ocean. I will be releasing original songs, some remixes and a load of sounds here. I am mainly influenced by: Deadmau5, Mozart, Zack Hemsey, Alesso, Hans Zimmer, Madeon, Avicii, Calvin Harris, Zedd, Porter Robinson, Sia, Rob Swire, Armin Van Buuren, Skrillex, Dyro, Break Of Reality, Apocalyptica, Perfect Circle and Linkin Park
My goal is to make the most annoying sound, an epic track.
My inspiration comes from everywhere and everything.
I sincerely hope to have some love and support from you guys.
See you around for some killer tracks!