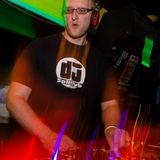 Never miss another
show from DJ Spliffy B

DJ Spliffy B started DJing at squat parties in 2000 around Dorset and Hampshire, such as Hursley Fields. He then started playing in clubs in 2002. Between 2002 and 2008 Spliffy was playing in various places mainly in squat parties around UK. In that time he did play a few sets in Germany, and Belgium.

and highly regarded DJs on the UK underground scene like: