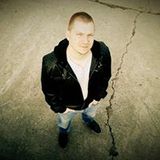 Aeron Aether (Gábor Kovács) is a Hungarian composer, producer and “experimentalist” of electronic sound. A prolific artist, Aeron has produced top-charting tracks in various sub-genres of electronic music, including house, progressive, chill-out, and breaks. Regardless of the genre, Aeron's goal as a producer remains the same: the composition of innovative and evocative music. In addition to studying electrical engineering, Aeron has spent much of his life composing and listening to music. During his academic study of music, Aeron learned to play cello. Not surprisingly, Aeron has a well-known "signature" of infusing orchestral and symphonic music in almost all of his work.