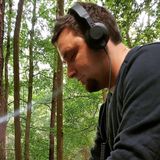 Never miss another
show from AeRo

AeRo lives in Budapest, Hungary. He has been interested in music since he was a child, and he played several instruments.
From 2005 he started to get to know and listen to different electronic music styles, he always listened to layered music: lounge, jazz, chillout, ambient, liquid drum and bass, trip-hop, deep house, dub techno.
Having tasted quite a few styles, it looks for him, that he found himself in deep house and dub techno style.
He started writing his own music in 2010 and currently he is working mainly as a DJ. If he can, he plays music from vinyl records.
In 2013, he and his friend founded the "Euphonic Moments" series of events, and with the same name, they also started a show on Radio Tilos in 2015.
He has been collecting records since 2014, his record collection already consists of more than 300 pieces, mostly Deep House, Dubtechno records.
Links:
https://www.facebook.com/aerogarcia2
https://hearthis.at/aerogarcia/
https://facebook.com/euphonicmoments