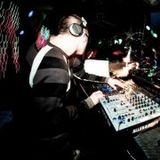 Adriano Filippucci started his musical career at the age of 6, starting out by learning to play piano before, and the art of composition later, that lead him to perform within a jazz band. As Adriano grew, so did his musical passion, and at the age of 16 he discovered electronic music; channeling his musical energies into the art of Djing
During the following years he was invited to perform in a lot of famous local clubs receiving great feedback for his talent. When he was 17, a call from the best electronic music studio and label in Perugia (SVR Records) invited Adriano to collaborate as musician and he became soon an expert in the field of analogue and digital synthesis. Adriano soon become influenced by the thriving techno and house scene being developed in Europe, so he wanted to push his curiosity further so he sets up a music production company and a recording studio: Random Ent