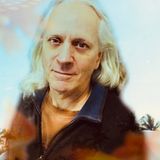 A veteran of the psychedelic scene in Montreal. DJ since 1985, Adityo has participated in the creation of the mouvement rave and Goa in Montreal. He has created, in the 90’s, the first outdoor Goa party just west of Montreal that was called Goa/Chill and has participated in making Wavelenth at Le Baron Rouge. Wavelenth was produced by L.O.S.T. collective and RUSH production.
He has already worked in England, India, Canada and Taiwan.
He likes to spin Goa, Psy, Progressive trance and Psy Tech . He also likes Ambient, Dub, Psybient, Melodic , and Electronica in Down-tempo rooms.
“Depending on the party and the crowd, we should have much fun dancing or listening to different beats and tracks. Peace

and we see each other at the next party!”
- DJ Adityo