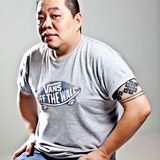 Never miss another
show from Addic3rd

Addic3rd started off his career in 2008 after meeting his first mentor DJ Tupac, who taught him the fundamentals and basics of DJing and has never stopped playing since.Born and bred in clubs of Asian Heritage Row KL such as MOJO and SPACE, he stuck to his roots of EDM and dropped his style of House and Electro where Hip Hop reigned supreme. After a chance meeting with his 2nd mentor, Mr. Fluff, who opened up his eyes to a whle new world of dance music production, Mr, Fluff and Addic3rd collaborated on a track called "POWER TRIP" and was instantly signed to Greece's dance Music Label, MOVEMENT RECORDINGS and it went straight into the European dance charts and stayed there for a few weeks. Addic3rd has been behind the decks of numerous clubs around Malaysia and is now actively spinning around KL as one third of IMMA*BLEEP*YOUUP!!!