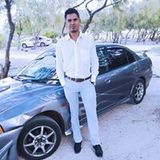 Work As Assistant Health Inspector at The Pamplemousses Riviere Du Rempart District Council and Final Year Part Time Student At the University Of Mauritius In Bsc Occupational Health And Safety.

Abhishek Housemafia was born in the small Paradise Island of the Indian Ocean,Mauritius. As an adolescent, I was mainly Influenced by Techno, Tribal House Music in Form III and i started by records which were sold into cassettes as i didn't have Cd players at that time. After some years in Form 5, I had my Personal Computer and then little by little it grew bundles of Cd's Of techno, tribal, Vocal House. Lower six I was tuned into trance music. A state of Trance hosted By Armin Van Buuren became my favorite radio show which I downloaded every week. I still have the all the recorded shows for the year 2003, the best of all year's shows of ASOT. I started DJing virtually on softwares at that time and mixing tracks for my friends.

Year 2008, My ears were connected to progressive house rec