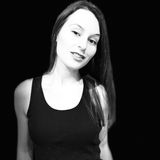 Never miss another
show from _Leta

Leta began her career in the distant 2006 in Lviv, starting with broken rhythms breakbeat. Later, she became the co-founder of Pozitive Breakz promo, who counts the organization of dozens of parties with Ukrainian and foreign Breaks scene stars. At the start of Leta’s career, she visited several clubs of neighboring countries with Breaks sets. During the period of Djing she was successful as the resident of Pozitiff DJ Party Bar, SALO International party bar and Partyfon. For the last several years Leta switched her preferences to such genres as prog, deep, tech and techno. Thanks to the combination of various music styles, her sets always intrigue and excite the dance floor! Now based in Kyiv, Leta joined the team of Community People promo which are one of the greatest party promoters.