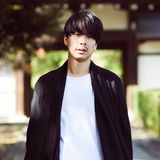 Never miss another
show from YMASA

He started doing Karate as he was influenced by his father when he was 6-year-old.The training menu of the Karate club was really futuristic, and always had loud music.Then he realized that dance music could uplift him emotionally and physically.Since he thought he would like to convey and share the wonderful music to more people, he started his career DJing spring of 2008.After that he was shocked deeply knowing DRUM’N’BASS at Shibuya WOMB, and devoted himself to it. He provides stimulations to the dance floor by choosing flexible and unconventional DEEP, HARD, and MELLOW music.In November 2010, he played music at the main floor of a DRUM’N’BASS party [06S@WOMB] which is the biggest party in Asia when he was only 23-year-old.Soon after that he was selected for the sub resident DJ of the party. He has performed with top artists who are representative of DRUM’N’BASS.He got 2nd prize by a narrow in the DJ competition sponsored by TOPMAN which is high street brand representing UK.