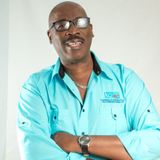 The name Norman Marsh is synonymous with sweet soul music from the 70s and 80s. Ask anyone who listened to Jamaican music radio between the mid-70s to mid-90s. Remember a time when every office and every car radio was stuck on JBC FM and people would sing out loud and fall in love with the slow jams? Those were the days of Norman Marsh. In the mid-80s the programme “Windmills” became mysignature programme, going on to become one of the longest airing music shows on Jamaican radio. The New Windmills on KOOL 97 FM is reminiscent of that time.
The show is best described as the perfect end to a stressful day. The kind of music you would select for yourself if you could. After eight long hours on the job and watching the evening news, it’s everything you need to go to bed smiling. Windmills is primarily rhythm and blues - music old enough to appeal to the baby boomers who grew up on it and new enough to attract the post 80s generation who recognize it. Windmills is unique for that reason -