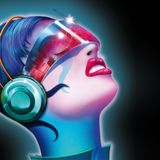 Welcome to the Robots

Never miss another
show from Welcome to the Robots

Welcome to the Robots

The mix-series ‘Love80s’ offers a comprehensive survey of the electronic club music of the early 1980s – an era when the DJ was not a star, and computers and synthesizers were still a relatively novel phenomenon and hadn’t replaced producers. Every style of electronic music to have emerged since then builds on this original sound.

Many of these tracks came out initially on vinyl released specifically for the club scene. So any guests who got their hands on one of the rare bootlegged cassette recordings of a DJ-set were lucky indeed. Kids who identified with the New Wave, Popper, New Romantic and Blitz scenes dealt in this hot property, and saw it as definitive proof of being ‘in’ and ‘where it’s at’.

Welcome To The Robots