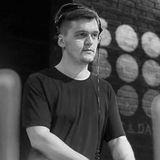 Never miss another
show from Tvardovsky

Very talented and popular Ukrainian producer Svatoslav Tvardovsky began his music career when his desire to create high quality, positive music became an obsession with connecting his passion for techno music with the people spending the weekend on the dance floors of his hometown of Kiev. His huge efforts did not go unnoticed and within a year his music was not only well known in the local clubs of Kiev but also many points abroad. His original tracks have remixed by established techno producers like Roman Gertz, Kim Kayden, Key900 and appeared on established labels such as Black Hole, Rezone Records, GetHigh Music, Sex Panda Records, Liquid Music, Entrainment Records, Moonbeam Digital, Highlands Music. All were happy to work with young, hungry producer. His diverse sound touches on techno, house, and progressive styles and at present he has created nearly twenty tracks and an equal amount of remixes, to which Tvardovsky says “this is only the beginning”.