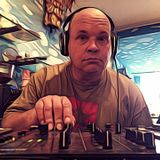 Just A Ride
by Djane FatcatReposted

Mood of the Day Pt 1.
by Trala Lama

At the age of seven, Trala Lama went to the local music-school on Wednesday afternoons but after three Wednesdays of crying out loud his parents decided it was better he quit the music-school and was allowed again to go play outside. This has strongly influenced his love for outdoor parties and festivals. Over the last thirty years he has been playing a mix of ethno-psychedelic chillbient and some more uptempo music in order to gently take his audience down the road that leads into a State of Lamastan. His love for chillout music has taken him around Europe and a bit further, from muddy fields and squats in both The Netherlands and Belgium to the dusty plains and forests of Spain, some green hills of Hungary, the beaches of Portugal and Croatia and the underground jungle of Kuala Lumpur.
Besides playing music he works as Event Officer for www.psybient.org to promote psybient music around the globe and gives workshops about the Principle of Reïncanary