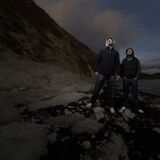 Never miss another
show from TotalScience 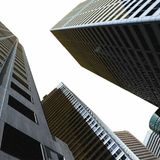 The pair first met in 1987, both living on Blackbird Leys estate in Oxford, England and brought together through a mutual love of hip-hop. Distracted by the arrival of hardcore in the early nineties, record collecting was quickly followed by DJing and eventually production.

Greenhalgh was the first into the studio, with "Freestyle Fanatic EP" as Q Project launching his career in 1991. However it was the establishment of the Legend imprint and specifically Greenhalgh's track "Champion Sound" from the "Return Of Q. Project", which really took their profile above and beyond the slew of anonymous white labels that were dominating the music at the time.

In 1994, the pair started recording together, with "Got To Believe" the first in a series of records which pushed the label away from the fizzling darkside movement and more towards the epic string sections and rolling beats which started to appear on labels like Luc