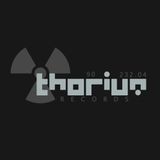 The Dark Side Of Techno - Inspiration Mix
by DEHN_Thorium_RecordsReposted

Behind Thorium Records is Michael Klit, an old face from the Copenhagen Psytrance scene. He started playing some vinyl around 98-99, but he quickly began producing his own music under the name Static Corn. In the summer of 99 he also began to make underground raves under the name of GerningsStedet. The parties were held under parking lots, on abandoned farms, and in old factory halls, he also played as dj where his style was minimal / pro-aggressive Psytrance from the Danish underground scene. He was later psychedelic downbeat dj at the venue Bryggen for several years. In 2006 he released the track Static Corn - The Goblin VS Mr Tierny on Cosmic Conspiracy Records.
Over the past year, his interest in Dark Minimal Techno has grown, and he decided at the end of 2017 that he wanted to give the DJ career a try. It’s the experience of the downbeat he uses in the Techno genre.