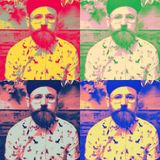 Emerging out of the blossoming House / Acid House scene in the late 1980's, early 90's was a DJ destined for a great future. Tommy D Funk took his place as a renowned DJ playing as resident DJ at DRY Bar 201 - the Haçienda's sister bar, before subsequently progressing to take a weekly residency at the Haçienda and going on to international acclaim first Djing in Seoul and on to New York City!

Tommy began his DJ career with a residency in a Manchester pub where he was influenced by the emerging scene that had exploded in Manchester. Tommy went on to win a DJ competition organised by DRY Bar 201 which helped establish him as a sought after DJ. Playing deep, funky and soulful US/UK house music, his mixing skills and energy soon galvanized up the crowd and Tommy soon found himself gracing the decks of Manchester clubs such as the No1 Club, Sankeys and Home which soon brought him attention from Haçienda.

For all DJ Bookings
tdsfunkbox@gmail.com