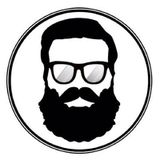 Never miss another
show from The Deficient

“The Deficient is France’s best kept secret.” This kind words come from none other than the legendary Tommie Sunshine.

Supported by A-class DJs and producers such as Congorock, Steve Aoki, Sinden, Kissy Sell Out or Andy George & Jaymo (who played his James Crone’s remix on their radioshow for the worldwide recognized BBC Radio 1). Moreover, 2011 saw The Deficient getting supports from two legendary DJs alongside many others, Roger Sanchez and Benny Benassi.

On the DJ side, The Deficient evolved fastly, playing alongside Yuksek, Brodinski, Djedjotronic, The Bloody Beetroots or Kavinsky, and even more to come! One of his highlights was playing at Les Plages Electroniques in Cannes (Fr.) in front of more than 12.000 people dancing on the beach!

Already established as one of the promising up-and coming- french producers, the next step for him is to confirm this position. With many forthcoming releases and collaborations, The Deficient will take over very soon!