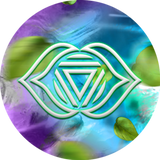 This project focuses on the more spiritual side of music, loaded with rolling baselines and insane risers packed with tension that will release you into you a thumping kick and baseline purposely designed for the satisfaction of swing and base throughout his tracks. The tracks soon to be released are jammed with percussion's that will get your arms and feet in sync.

This project was originally born in Johannesburg and has become a huge part of my music career. After releasing my first single on the Mansion Records 10 year anniversary i have planned to release a album of three tracks, before this though, i plan to release one single before the album release.