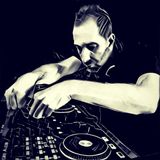 Never miss another
show from Täz

Born in the 70's in Bordeaux, Täz is a real electronic music lover.
He started on the radio in 1994 with a program devoted to Breakbeat and Jungle, then he played in a lot of parties and clubs in the southwest of France, at the Zoobizarre (Bordeaux) between 1998 and 2004 for instance.
He was more discreet since the Soundlab Crew adventure which he created in 1999, ended. A sort of Chill Out break, he was only playing then for exhibitions, webradios, or through rare public events...
Today, back in the game, he is a reporter for Travelzik and has many dates with its DJ set as varied as Techno, Bass Music, IDM and Downtempo.