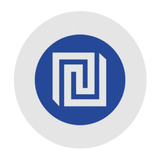 Never miss another
show from TSPMI

Institute of International Relations and Political Science (IIRPS) of Vilnius University is one of the most prominent social sciences institutions in Central Eastern Europe and the Baltic region.

IIRPS has been present in the academic and political life of Central and Eastern Europe and the Baltic region since its establishment in 1992, has achieved a wide range of academic accomplishments and can boast rich tradition of hosting high level politicians, diplomats and distinguished speakers at its premises.

This account is devoted for audiocasting the lectures given at the IIRPS by Institute's professors and most prominent Lithuanian and foreign Social Science scholars.