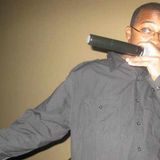 Never miss another
show from SupaRadioDMV

UrHero SupaTim has been involved in the local media scene for a decade. Always looking for ways to support and give exposure to the urban music scene in the nation's capital. A two time nominee for Most Supportive Media Person in 2010 and 2011 and a winner of a Viewer's Choice Award for Best Entertainment show on DCTV for the Hip Hop based television show called Da Cipher in 2009.