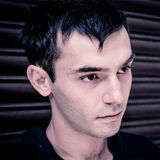 Currently based in Trondheim, Norway is the Dj/Producer, Stefan Soare. He crafts texturally rich dance music inspired by multiple genres such as melodic-techno and deep-house. He has released notable tracks such as, “Dance of the Deads” which is filled with mesmerizing synth leads and captivating rhythms. He has also created songs such as, “Panic Waves” where listeners can hear him creating a sonically diverse and colorful palette, filled with a hypnotic groove.

He channels his energy into creating a one of a kind sound and style that is not often found in today’s music landscape. The unforgettable atmospheres found during his DJ/Live sets has led him to performing across Europe at notable venues such as, Minimal Bar, Mein Haus am See and many more. Thanks to his invigorating hybrid sets, he has also performed at well known locations in Buenos Aires such as Destino Arena, Mar del Plata, Cocoliche and Bahrein .