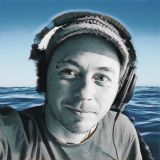 Been mastering my craft on the 1210's since 1988. Started out with electro breakdance, hip hop, and turntablism, (was also the scratch DJ for Johnny B, voted best Welsh Hip Hop act). Progressed into UK hardcore/oldskool/UK rave (90-94), breakbeat, drum and bass/jungle.

After playing out clubs in South Wales throughout the 90's, and bored of the politics involved, I turned my attention over to Africa ~ shipped my turntables and records out to Botswana and introduced the jungle into Southern Africa between 1999-2000. After that, I went and played drum and bass sets out in Puerto Rico (Caribbean) over the next few years.