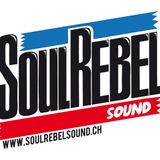 Never miss another
show from SoulRebelSound

Infected by soundsystem-tapes from Jamaica, concerts and reggae parties, in 2002 Rennie and Nikfyah founded their own soundsystem: Soul Rebel Sound. The team rapidly built up a reputation in Chur and throughout the rest of Switzerland and became known for their energetic shows and their innovative music-selections.
In 2004 Soul Rebel Sound founded the party label “Chocolate from Kington” which regularly organizes Dancehall and Reggaeparties in Chur (Selig Tanzbar) and, since fall 2009, in Berne (ISC Club), too. Countless Soundsystems, live artists as well as live bands from Switzerland and the whole world characterize their line up ever since.
Since fall 2011 Soul Rebel Sound run their own Webradioshow “Chocolate from Kingston Radio” with an own website.
In October 2012 Soul Rebel Sound released their first own music production: The “Meltdown Riddim”. And in 2014 they teamed up againwith their producer Mr. Mento and droped a next selection called "Rising Riddim".