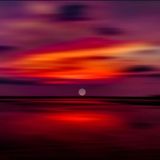 Never miss another
show from SOFT 85 / THE RAINBOW TRIBE

Milos Vuckovic or better known as simply " Soft85 aka X Twins" was born in 1985 in a small adriatic town Herceg Novi. From an early age he has shown great interest in music listening to artist such as :Hernan Cattaneo,Timo Maas,Circulation,GusGus,Daft Punk,Deep Dish,Tim Deluxe, Carl Cox,Stanton Warriors,Who da Funk,Azzido Da Bass.....
As he was growing up he started to get more and more into dance music which came to prominence with the great Entrance festivals held in his home town. It is at that time that he started taking interest in DJ'ing.
He first started DJ'ing at a local bar called People in the summer of 1999 where he learned his trade first on the computers and then later on turntables and the trustworthy Pioneer 100's. I
He would spend winters studying in Serbia in the city of Novi Sad where he slowly started to get gigs and get recognition for his deep techy sets which would go into the late mornings. Has played with names such as:Paolo Barbato,Sebastian Leger..