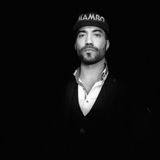 SPM aka So Pink Mafia

Never miss another
show from SPM aka So Pink Mafia

SPM aka So Pink Mafia

My Techno - Logic vol. 7 Exclusif mix for radio Couleur3
by SPM aka So Pink Mafia

Born in 1982 in Morges, Switzerland, at 16 Samuel bought his first pair of now iconic Technics MK2 turntables. By 18 he had become a regular fixture on the national party circuit as Sam Da House, playing at private parties, club venues like Mystique, D! Club, Amnésia and Club Q, and major events including the mythical Mind Control sessions, where he reigned supreme in the trance event’s house room. At the age of 25, fatherhood put the music on hold, Samuel prioritising his young family over the dance floor until such time that he could make a fully focused return. In January 2012, Samuel returned to the stage as So Pink Mafia, a new concept that draws on the sounds of Deep House and Techno. An instant success, So Pink Mafia has already performed with Ron Carroll at Chic Club in Lausanne, his only date in the country, with Pleasurekraft, Kaiserdisco and Alec Tronic. After the great success of his last single "Gente de Amor" published on May 2019 Samuel is performing with a new blase SPM