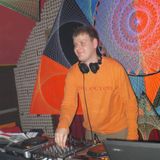 Never miss another
show from Snag

I've been DJing since 1996. My first favourites were english happy trance and techno. Later I dismissed trance and became a techno DJ. I bought my first psytrance LP in 1999, which was an Ominus album. I had no idea what style it was, because I hadn't heard anything similar before. So we started calling it 'acid trance' with a friend of mine. It didn't fit into the techno sets that I played that time, so I listened it only at home. Later, around 2001, I learned psytrance, which made a really deep impression on me only after my first party experience. My techno LPs are left abandoned on the shelves because I changed to goa trance. The style is unbelieveably versatile, so it easily became my love. I think you can make the most out of electronic music through psytrance. For me, goa trance is more than just a music style, it is also a life style. My viewpoint changed a lot, I see things differently since it became part of my life.