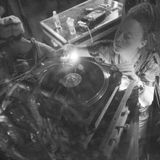 Feel the Bass & Uplifting Power of Jah Music. As soon as SIREN SISTERS started listening to dub music in the late 90s she was hooked on the deep basslines und mystic rhythms. Since 2008 she has been running a session called “siren sisters in dub“ in the Sunny Red Club, Feierwerk, in Munich, Germany. Siren Sisters is involved in kulturimpuls, the association that runs Rootsbase on Fusion Festival, Rootsbase Festival and Dubimpuls events.
www.sirensisters.de
www.rootsbase.de