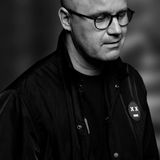 Back of the room {Deep Melodic Progressive House}
by DJ MizuReposted

With over 100M streams on Spotify, recent support on BBC Radio 1, Kiss FM (UK) and more and releases on Universal Music, Sony Music Ultra, disco:wax and Perfect Havoc, Subliminal along with support from such as Sam Feldt, The Magician, Tiesto, Don Diablo, Husky along with official remixes for such as Erick Morillo, Kelis and Nina Simone, Simon Field has established himself as household name on the house scene. Having already been described by NRK as “producer to look out for” and having his tracks in movies like “Passengers”, he is now ready to take the next steps.