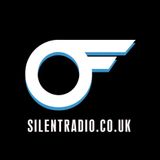 The Silent Radio Show brings you the bands making the SilentRadio.co.uk gig guide and headlines; passionately profiling outstanding music - without the bore, cynicism or smugness of the mainstream media.

Born in Manchester in 2009 by a bunch of passionate music writers, Silent Radio has grown into one of the most popular, totally independent music platforms in the North.