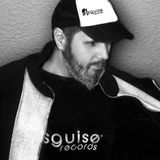 The Dj Stergios T. (aka Dj Sigma Pr) born in the town of Serres. His life is divided between two loves: music and computer's (not necessarily in that order). The truth is that music is the love that never betrayed him.Active as a Dj since 1993 with several important collaborations with big names in Dance scene (Djs and musicians). Now live in the city of Thessaloniki in recent years engaged in music production, mixing and radio production. He is the producer of radio broadcasts "Heartbeat Sessions" and "Subsequence Sessions" which are broadcast from many radio stations in Greece. At the same time he write music for theatrical performances of "National Theatre of Northern Greece", "Experimental Scene Of Art", "Theatre -T " and many other independent theater groups. Owner of " Radio Must Athens" Webradio and Director on the music label "Disguise Records".