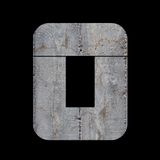 Yo Side A
by Shawn Overload

Yo Side B
by Shawn Overload

In The Darkest Place
by Shawn Overload

DJ Overload found his roots in the now legendary nightclubs owned by Kris Clark in Portland Maine. Beginning his DJ career in 1988 in the 'Wherehouse' spinning the latest in progressive, new wave, synth pop, goth, industrial, New Beat, and alternative music. Shortly after moving his residency to 'Zootz' where he continued the musical journey. Overload then had residencies at 'Goodnight Ogunquit' and 'Decadence'. Thoughout this time, his influences continued to be from Kris Clark, Dale Charles, Deb Dufresne, Tracy Chaplin, and Dave Park. Overload started a residency at the 'ManRay' nightclub in Cambridge Massachusetts alongside DJ Chris Ewen. Then began residency at the 'Loft' and at Albert Fougy's Jungle Roots the first all Drum and Bass night in Boston. Moving to DC, shared residency with the 2-Tuff crew at Urban Space. Since the 80's overload has been creating DJ mixes from cassettes to CDs to digital. Mixcloud is where he shares his musical journeys. Enjoy!