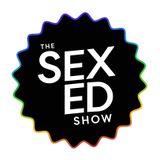 Never miss another
show from The Sex Ed Show

Liz Ross hosts The Sex Ed Show on 91.7 KOOP. They are on the Board of Directors for KOOP, a seasoned activist, actor, writer, director, producer, and domestic violence and rape survivor. They directed The Vagina Monologues for V-Day to raise money for non-profits focused on ending violence against women, children, and minorities three years in a row. Liz was a delegate for Obama in 2012 and has a hat they made for the DNC 2012 in the Smithsonian as a permanent donation. They are incredibly passionate about sex education because of the important role it plays in increasing awareness, reducing rape, decreasing violence, family planning, and more. Their goal with the show is to decrease the awkwardness people feel in discussing sex in general, break down stigmas and false stereotypes, share resources, and provide a safe space for sex education. They are currently going to grad school for Traditional Chinese Medicine and Herbology while also working for the UT Opera and other productions.