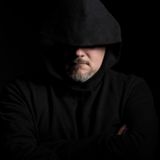 Never miss another
show from Serdex

Serdex was artistically born long before the creation of the project itself. It all began in the early 90s, first taking care of the lights of the "Genesi" dancefloor at the "Alhambra" club in Sarzana and then taking the first steps as a DJ in different clubs.

Getting more and more passionate about the world of progressive and the nightlife, I began to produce the first tracks. In 2002 an accident at work seems to put an end to everything, but not giving up my dreams and working with perseverance and passion I work on various tracks between 2008 and 2012.

In 2018 begins the real musical transformation which also marks the first steps of what will be the birth of the SERDEX project. "Spiraling", "Destiny" and "Light" are the first 3 melodic EDM records produced, then in 2019 the "Bomb", "Karmalogik" and "Camelot" were finally released. 2020 continues with new productions such as "Noise19", "Rebel" and "Sapphire" (Rebel EP).