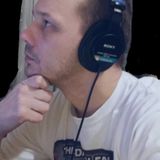 Been into dance music since it began really since the late 80's and it come along at just the right time really just as i was becoming a teenager. Listened to the early breakdance/electro sound,then American house,chicago house,detroit house etc,then seemed to naturally progress into listening to acid house and the hardcore/breakbeat/rave sound that started not long after that. And from then and until now iv always been into house and electronic music in general. Became intrested in the dj aspect and mixing music and i certainly felt the buzz of what doing that can create and make you feel inside,but its always only been a hobby.Just recently got my hands on some music producing software and dabbled with that.The music iv been making has tended to have alot of old flavours in them,i think thats because i kind of wanted to show abit of integrity to show how long iv been into dance music,and the fondness of the tunes i grew up on. http://www.youtube.com/user/scott31?feature=results_main