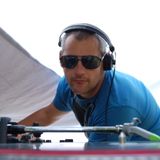 Petar has been djing since the middle of ‘90s and he has an old school carrier in the music industry from small hometown parties up to big events. All has started with funky and dancehall stuff on tapes then he moved towards trance, techno and progressive house vinyl collection in the early 2000s with appearances on many parties in Hungary. After a decade in the scene Petar has been looking for new inspirations and been re-energized and enlightened by psychedelic trance and it’s scene. Since 2010 he is an active member of the Hungarian scene, he is a co-founder and label manager of Psychotria Records that holds releases as well as party series. His preferred styles are the sounds of night time psychedelia with a pinch of forest and twilight soundscapes. Although he has not forgotten his roots and love to spin classic records on turntables.
He has appeared on many parties and festivals around Europe as O.Z.O.R.A., SUN, Psy-fi, Transylvaliens, Funny moon, Solar Seeds and many more.