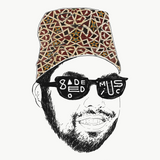 Never miss another
show from Sadeedo

Ibiza resident Sadeedo’s love for music dates back to an early obsession crafting Mixtapes from his sister’s old record collection, containing anything from De La Soul to the theme tune of Twin Peaks. He’s London born and raised, with roots from Jordan, Lebanon and Bosnia, and these influences can be heard in his eclectic sets, with sounds that are sunny, soulful, funky, uplifting, bouncy, hypnotic and tropical, often with a Middle Eastern twang.

2019 was fruitful for Sadeedo. Building on residencies at Experimental Beach and Jockey Club, he made his debut at the iconic Pikes Hotel, warming up for Faithless at the first ‘Back to Mine’ records party. More recently, he's been invited to do guest mixes on Ibiza Sonica Radio and Le Mellotron (Paris), while he now has his own monthly radio show on the island on OpenLab Radio. During the winter months, he travels between Ibiza, London (Sketch, Experimental) and Paris (Andy Wahloo, Prescription) to share his eclectic sound.