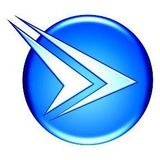 Censorship - Capital Played What SABC Would Not!
by MixTapesZAReposted

Hazy Reflections - South African Rock from the 60's
by VAGABONDReposted

The South African Rock Music Digest (fondly referred to as "The SA Rock Digest" or simply "The Digest") was a weekly, free subscription e-mag about South African rock and pop music published from 1999 to 2004.

Re-established in 2009, as part of SUGAR MUSIC, embracing social media tools and platforms.