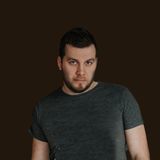 Make Some Trance 333 (From Pioneer TV Studio)
by Ruslan Radriges