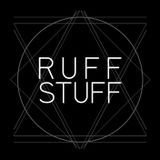 Ruff Stuff was born from the collaboration between Francois Le Roy and Nanni, two DJs active on the international underground scene for a number of years.

Both grew up during the ‘90’s electronic wave, firstly as hard-core clubbers and then as DJs and vinyl enthusiasts. Despite following different musical paths, in the mid-2000s they decided to merge their experiences and formed a communal project.

Even though they both worked for a considerable amount of time on their respective solo careers, they have always collaborated on each other’s productions from the outset.
All of this laid the foundations for the creation of a single, unique entity which combines the spirit of both producers.

The Ruff Stuff project is rooted in the influences of old school Deep House, Techno and Garage with a propensity to find the newest, freshest sounds.