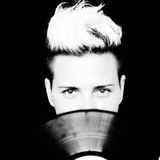 Portuguese born Rita Ribeiro aka Rita R'Ink, was born in 1978, and has discovered on a talent for music.

At the age of 5 she took her first steps playing the violin alongside her father, a politician by day, and a music player by night.

Her passion for music led this self taught DJ to win the finale of the 2004 Heineken Thirst Deejay Contest, demonstrating her techniques to Ferry Corsten. Eventually, she played with Ferry himself propelling her onto the local Portuguese underground House scene, and not before long, the international arena.

In Dubai she has opened up for acts like Coldplay, Akon, and currently is UAE Ambassador for PUMA Middle East.