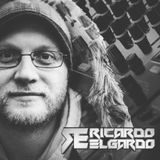 Ricardo Elgardo is a dj turned producer, born and raised in Southend On Sea, Essex, in the UK. He started djing in the early 2000s under the name Rich-E and soon after became a resident dj in his local area and London, supporting headline dj's like Radio 1's Judge Jules, Dave Pearce and Kutski, as well as artists like Lisa Lashes, Amber D and The Tidy boys to name a few. He has also dj'd for iconic nights such as Raindance and Cream. During this time he and a friend ran a monthly club night called RealMadClubbers, all the while he was also djing on local pirate and internet radio stations.

He turned his focus to production some years later and in 2015 he won an award for Best Soundtrack Feature at the ActionOn Film Festival held in LA for his original score work on the action film The Liberator. Since then he has worked on numerous short film scores and has recently released dance tracks on labels such as Boomtic Records, KPR Recordings & Re:Form Recordings.