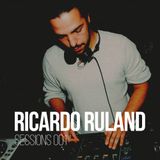 Ricardo Ruland better known as Positiv started drumming when he was about 10 years old.

At the age of 12 his parents bought him a keyboard and he was hooked ever since. A couple of years later he started making electronic music loops, which then evolved to making urban beats.

Being the turntablist of some major Dutch hiphop groups he got caught by the DJing virus.

Seeing the crowd go wild at the gigs drove him to a solo DJ/producer career.

He got interested in the EDM movement but never forgot his roots.

Positiv never tried to fit into one genre, which ensured his eclectic sets to get known all over the Belgian, Dutch and even German territory.