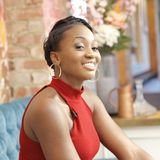 Never miss another
show from Remel_London

TV and radio personality Remel London is making waves in the industry after landing her new weekend show on CAPITAL XTRA.

Since graduating in Broadcast Journalism in 2010, Remel has already worked as a lead presenter on SKY 1’s What’s Up TV, Link Up TV, ILUVLIVE, Channel AKA and a host of mainstream TV networks. With regular slots on BBC Radio 1Xtra – showcasing her knowledge and passion for the urban music scene – Remel was soon added as a member of the MOBO Awards panel in 2013, later becoming the official Red Carpet Host for the brand.

An avid blogger with over 12K followers on Twitter and over three million views across various YouTube channels, her social media influence is set to grow as she takes to the CAPITAL XTRA airwaves.