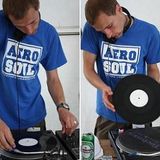 Never miss another
show from Red1

For full story you can check www.fullflavour.lt :)

For short:
As a DJ Red1 i've started in 1998. In 2002 I've been awarded as the best Lithuanian drum'n'bass dj. Also known as liquid drum'n'bass ambassador in Lithuania. In 2005 was released a very first dj and mc drum'n'bass/jungle mixtape in Lithuania.
Contributed with some hip hop bands as a scratch dj.
Since 2009 i own every fridays radio show dedicated to drum'n'bass in famous Lithuanian radio station "LRT Opus".

In 2011 was chosen to Sun And Bass DJ competition finals.