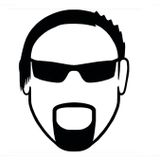 Never miss another
show from RamirezSon

With a dash of hard work, an abundance of talent and a knack for firing up the crowd on the dance floor, Ramirez Son managed to establish himself as a highly sought-after DJ in the blink of an eye. In the past two years, Ramirez Son a.k.a. Cajetan Hartfiel – who’s already notoriously famous in his hometown of Cologne thanks to residencies at Silberschwein and DeepHouseCat as well as regular gigs at Butan (Wuppertal) or Darmstadt – really kicked off his musical career. Keeping his feet firmly on the ground, he nonchalantly scooped up first place at the MTV Mobile Beats Contest 2013 and since then has performed at various festivals in Berlin, Ibiza and Croatia and as well as many other locations in Germany.

In 2015 he was offered a residency by NXTOU that, apart from their homebase, the FLUX near Munich, tour all across Germany.

As a true virtuoso capable ...