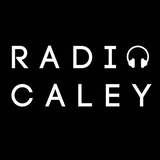 The ABC's of Drugs
by Radio Caley

Launched in February 2009 after many years of preparation Radio Caley has gone from strength to strength, winning ‘Most Improved Student Station ’ at the 2010 I Love Student Radio Awards. In 2014 Radio Caley was recognised and nominated for an NUS “Best Student Media in the United Kingdom” Award and the station came third overall.

The station’s output is as varied as GCU’s student population – having a huge variety of shows that suit anyone and everyone! Whether it’s a breakfast show at midday, a chat show in the afternoon, entertainment at drive-time or world music at night, Radio Caley has something for everyone.