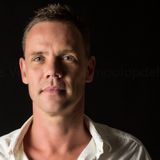 Since first bursting into the scene starting his solo carreer end 2009, RAM’s productions have pushed his name onto the global stage. ‘RAMsterdam’ became possibly the most talked about trance track of 2009 and by the end of the year it was Armin van Buuren’s much-quoted “best track of the year” - A regular breakthrough tip for highly-ranked international DJs. What a way to start!!
Released in October 2009, its A State of Trance imprints, ‘RAMsterdam’s wildfire effect was near instantaneous. Dash Berlin, Above & Beyond, Markus Schulz, Aly & Fila, Gareth Emery, John ‘O Callaghan, Sean Tyas, Simon Patterson and legions more were just some of the DJs that spun, play listed, radio aired and charted it throughout the last months of the year. Armin van Buuren ended 2009 by pronouncing it his “best track of the year!” and it’s one of the highest selling tracks the famed label has ever released. This spurned a series of RAM productions entitled RAMazing, RAMplify, RAMbition and more,